Our first victory of 2017! Hazardous waste incinerator defeated in the heart of gasland.

On March 29th, 2017, a rural township in Susquehanna County, Pennsylvania, passed a local clean air law based on one we drafted for them in June 2016. It may be the first in the country to contain a "citizen suit" provision, allowing any Township resident or taxpayer to sue to enforce the ordinance if the government isn't doing its job. 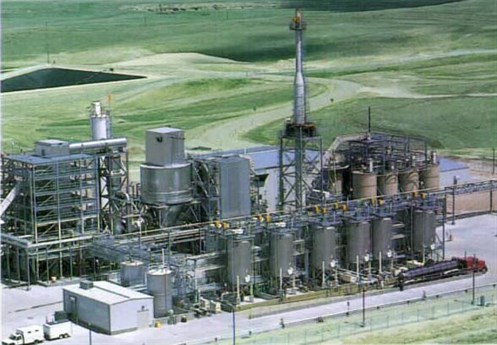 On January 10th, Tyler Corners LP nixed their plans for a hazardous waste incinerator in New Milford Township, Susquehanna County, Pennsylvania due in part to a "cold public reception."

In 2014, we helped defeat a related hazardous waste incinerator proposal by "Route 13 Bristol Partners LP" for Bristol Township, Bucks County, PA. Right after that, the same players started working to relocate in Susquehanna County, the heavily fracked rural community in northeastern Pennsylvania from where the Gasland film came. In this latest effort, they were joined by businessman Louis DeNaples, well known as a powerful organized crime figure in the region and owner of a landfill near Scranton.

The proposal only became known to the community in mid-2016, after two years of behind-the-scenes development work. Local residents connected with Energy Justice Network, and brought us in to speak in June 2016. We drafted and shared a Clean Air Ordinance that the township could use to set more protective standards than the state and federal minimums. Such ordinances have always scared away any potential polluters.

While the community is very divided over fracking and gas infrastructure issues, people came together in force to oppose this incinerator. We helped residents form the Susquehanna Clean Air Network (SCAN). SCAN members did massive outreach, and turned people out for local meetings and kept the pressure on.

We met with Township and County officials to move the Clean Air Ordinance forward. Unfortunately, the Township solicitor decided to hire a law firm that usually works for polluters, and an environmental consulting outfit that has always encouraged local governments to be less protective than we ask them to be in our local ordinances. The Township paid around $30,000 to their solicitor and these outfits to develop their own ordinance based on ours.

Despite mounting opposition, Tyler Corners filed pre-application documents with the state in late October, then asked the state to put those plans on hold two weeks later. On January 10, they announced that they're canceling the project -- just two days before the Township held a hearing and meeting on their proposed ordinance... and was poised to adopt it if not for extensive comments we wrote exposing how badly the Township's lawyers and consultants screwed it up.

After seeing our comments, the Township's attorneys decided not to adopt their ordinance in January and spent two months addressing comments and revising the ordinance -- mostly to address issues we raised.

The ordinance should still be a deterrent to any waste incinerator trying to locate in the Township. However, the Township weakened our proposal and introduced many loopholes, such as allowing many waste-burning industries to escape the ordinance altogether if they burn so-called "biomass" or get their waste redefined as a "fuel." While we do not recommend this as a model ordinance for other communities, the ordinance effort succeeded at stopping a hazardous waste incinerator while setting a precedent on local citizen suit provisions that can be used as a model elsewhere.

Tyler Corners has stated that they're not giving up, and that they'll be exploring other locations, perhaps in the same county. However, we find it hard to believe that they'd be foolish enough to try to build anywhere in a county that is mobilized to stop them... which will become true of any other county they may move to once they realize Susquehanna County will not welcome them.

See news coverage of this victory in the Scranton Times.

We'd love to work with other communities to get protective local ordinances passed to stop proposed or potential polluters, or to even set stricter requirements for existing facilities where possible. Local action is where the people power is! Please be in touch if you'd like to work together on this approach in your community. Do not simply copy ordinances we've had passed elsewhere. Every community is different, so feel free to check out the resources we have on stopping polluters with local ordinances, but contact us to help develop a strategy that makes sense for your situation. Thanks!