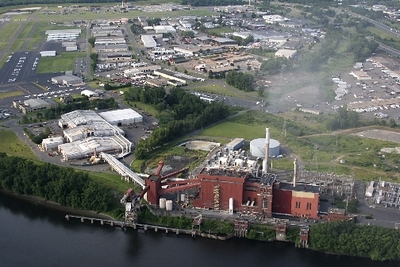 Hartford, Connecticut is home to an aging and very polluting trash incinerator that the state would like to close. This state-run incinerator serves 70 Connecticut towns and is the county's second largest air polluter. Shutting it down is a great idea, but...

Connecticut's Department of Energy and Environmental Protection (DEEP) only considered three proposals to replace the incinerator -- all of which involved more incineration!

The three proposals were:

The state had the option of choosing none of them. Connecticut Public Act No. 14-94 states that the Commissioner of Energy and Environmental Protection "may" select one of these three final proposals on or before December 31, 2017.

Prince George's County, Maryland went through a similar process which evaluated various "waste-to-energy" schemes and chose seven finalists, including two of the three being considered by DEEP: Mustang and Covanta. After much time and money was spent pursuing these proposals, the county abandoned their entire contract process in August 2016, scrapping all of the proposals and moving forward with development of a Zero Waste Plan with much public involvement from community stakeholders.

Many residents contacted the DEEP Commissioner to urge him to reject all three proposals and pursue a genuine Zero Waste plan instead. THANK YOU to all who used our action alerts to contact Connecticut officials.

Ultimately, the state surprised us and picked Sacyr Rooney, which means continued burning in the environmental justice community of the City of Hartford. We're thankful for having defeated the plans of Mustang to burn in New York, and will be working with Albany area officials to stop waste burning there for good. We're also thankful to have helped stop Covanta's plan, and to now have many residents in Bristol, CT paying attention to the largest polluter in their city, Covanta's Bristol incinerator. We'll be continuing to support the Connecticut Coalition for Environmental Justice in their effort to stop the incineration aspect of the Sacyr Rooney proposal.

Opposition on the record: