Other critiques of hydrogen:

[Printable PDF version of this factsheet]

In 2003, President Bush proposed $1.2 billion for "pollution-free" hydrogen vehicles run on clean energy from hydrogen and oxygen.1 It is held up as a major step toward a "hydrogen economy," powered by a clean and endless supply of energy.

The reality is that the hydrogen economy is costly, inefficient, will not eliminate our dependence on dirty energy, or solve the greenhouse gas problem.

Hydrogen is the most abundant element in the universe, a seemingly perfect, endless supply of energy. But hydrogen itself does not produce energy; it is a carrier, and stores energy like a battery. Pure hydrogen is not found in nature, so energy has to be used to separate hydrogen from the other substances it is stored in, either through "reforming" natural gas, extracting it from substances like methanol, or through electrolysis (the process of separating hydrogen from water). 2

Currently 95% of hydrogen is produced from natural gas, a fossil fuel. 3 The fact that hydrogen is largely made from dirty energy is also unlikely to change in the near future: the National Hydrogen Energy Roadmap, drafted by the Bush administration and the energy industry, states that 90% of hydrogen will be made using coal, oil and natural gas, and the remaining 10% from nuclear. 4

Biofuels, like ethanol, are another way to make hydrogen. But there are plenty of fossil fuel inputs in biofuel production: feedstock crops use natural gas-based fertilizer, energy-intensive farm machinery,5 and in the case of ethanol plants, are powered by mini coal and gas plants.6 It is adding another inefficient process into the inefficient process of making hydrogen; it would make more sense powering cars directly (but it isn’t clean - see fact sheets on Ethanol and also Biodiesel and Cellulosic).

This does not sound clean or "pollution-free". It does sound like a way for the energy industry to continue using the same polluting technologies while hiding it behind the guise of "clean" hydrogen.

What about Hydrogen from Clean Energy?

Hydrogen is promoted as a way to address the problem of greenhouse gas pollution and the resulting global warming. The only way to do this is to produce hydrogen from water, with wind and solar energy. However, this wastes 4 times the amount of electricity that the hydrogen will actually yield.7

Used directly, that clean energy could be more effective in reducing greenhouse gas pollution: 1 megawatt hour (MWh) of clean electricity used to make hydrogen for a fuel cell car would offset about 500 lbs of carbon dioxide (CO2) from oil; that same amount in the grid could offset 2,200 lbs from a coal plant or 810 lbs from a gas plant.8

Once produced, hydrogen has to be put into a fuel cell. Fuel cells use a catalyst to speed up a chemical reaction between hydrogen and oxygen to make electricity, heat and water.9

There are several kinds of fuel cells; the type most widely in use already is the phosphoric acid cell, mostly in buildings.10 Other types include molten carbonate, which are as large as railroad cars,11 and solid oxide fuel cells (SOFC), both of which are not practical for transportation, but may be used for stationary applications in buildings, where waste heat and electricity from the fuel cell can be used.12

Large stationary fuel cells could be an effective tool for solving grid intermittency problems with wind and solar, storing energy when there is extra power and sending it back to the grid when there is less. See "Hydrogen for Energy Storage" for information. However they don't make sense until the grid is relying largely on wind and solar - otherwise the fuel used to make hydrogen would be more efficiently used to meet electricity demand directly, instead of taking an extra step to make hydrogen.

The kind of fuel cell best suited for transportation, the proton exchange membrane (PEM) fuel cell, requires an excessively expensive platinum catalyst and has an efficiency of only 35-40% (using natural gas).13

Hydrogen has to be concentrated for use in transportation: either liquefied, compressed, or stored in a metal hydride.14 Hydrogen molecules are extremely tiny and will leak from almost any container or pipe. It has very little energy by volume it takes 3,000 times more space to store the same amount of energy as gasoline.15

It can only be liquefied at temperatures near absolute zero; it will boil off and leak at air temperature. The liquefying process uses 40% of the energy in the hydrogen16 with a product that only contains 1/4 the energy of gasoline by volume.17

While less energy-intensive than liquefaction, compressing hydrogen still takes 15% of the hydrogen's energy.18 Compressed hydrogen, at very best, would take up at least 4 times as much space in a tank as gasoline for the same amount of energy.19 Plus the storage tanks for compressed hydrogen cost 100 times the cost of a gas tank.20 Also, stronger materials, like steel, are more likely to react with hydrogen and become brittle. Combined with the high pressure, this makes the tanks susceptible to bursting.

Most hydrogen accidents are caused when the gas escapes. A large enough number of trucks carrying compressed hydrogen to fuel all transportation needs would be extremely dangerous. Hydrogen gas is invisible - even when on fire! No detector exists that can be accurate enough to ensure its safety.21 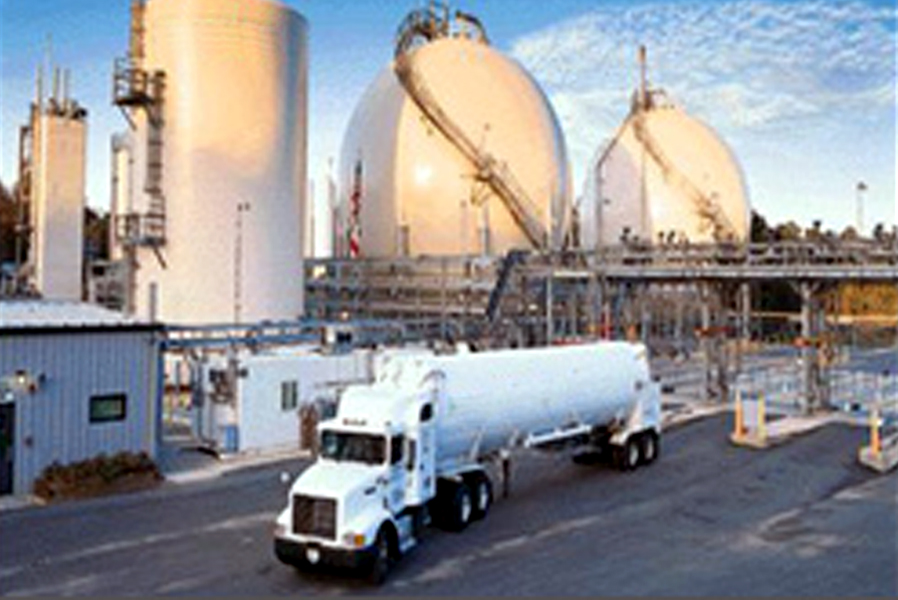 10% of vehicles on the road would have to be hydrogen trucks to meet transportation fuel demand. 35

Metal hydrides can store a larger amount of hydrogen in less volume than other methods, but to store 11lbs of hydrogen takes almost 700lbs of equipment, very heavy!22 Extra fuel has to be used to move the vehicle, which cancels out any gain in efficiency.

Hydrogen can also be "reformed" from natural gas, ethanol, or methanol, right on board a vehicle, but the equipment is too large and inefficient.23 This process also releases CO2, and so is not really a clean option.24

Instead of pouring billions of dollars into fruitless research for hydrogen vehicles, we should look to real solutions. Electric vehicles are an existing, viable technology. Cars can be converted to electric, and in recent years electric cars were commercially available in California.29 This is a more affordable option, with cheaper vehicles, no massive infrastructure to build (just plug it in!), and charging costs for some models as cheap as 3¢/mile!30 The leftover money can be used to put toward new wind or solar power development. There are still some issues with range and charging time, but there are new batteries that can go 150 miles on one charge.31

The wind and solar energy that might be used to generate clean hydrogen could directly be put to use powering electric cars, cutting out energy-wasting middle steps, like conversion to hydrogen and back.

Hydrogen is a False Solution

So why is hydrogen being promoted when there are easier solutions that can be implemented now? The energy and auto industries have a stake in continuing what they are doing; they even formed a consortium called the International Hydrogen Infrastructure Group to influence federal officials working on developing fuel cells. "'Basically,' says Neil Rossmeissl, a hydrogen expert at the Department of Energy (DOE), 'what they do is…make sure we are doing what they think is the right thing.'" 32

All of the major oil companies, Chevron-Texaco, British Petroleum, ExxonMobil, and Ford have invested money in hydrogen research and promotion.33 That amount of money is not as great as the amount of profit they would lose by not selling ICE cars run on gasoline. In the case of California, oil and auto companies lobbied the California Air Resources Board to drop the Zero Emission Electric Vehicle Mandate and then pulled electric cars from the market despite demand. 34

Hydrogen appears clean according to promoters, but it will require hundreds of billions of dollars in infrastructure, will be generated with fossil fuels for the forseeable future, is less efficient than electricity, and is dangerous to store and transport. We need to see it for what it is: a dirty industry trick.